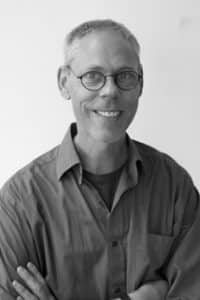 As an Employment Consultant, Felix had been working with care-experienced young people for over five years

“North London is my home. My dream is to study mechanical engineering but my situation means, unlike my friends, I haven’t been able to get a job or go to college. I couldn’t even open a bank account until recently”.

Care-experienced young people from the EU who have not had applications made on their behalf to remain in the UK after Brexit are at risk of becoming “undocumented” adults. After 30th June 2021, these people will find themselves living in the UK unlawfully, without the right to work, claim benefits, rent a home, hold a bank account, access further education, and could face deportation.

K never thought about his ‘status’. To him, his situation with regards to living in the country was the same as that of his friends. But then he got a letter from the Home Office giving him 14 days’ notice before he was to be deported from the country.

K was surprised, overwhelmed, and angry. What had happened?

K has lived in the UK since he was two, and has no connection to his home country. “North London is my home. My dream is to study mechanical engineering but my situation means, unlike my friends, I haven’t been able to get a job or go to college. I couldn’t even open a bank account until recently”.

Due to an oversight by his ‘corporate parents’, in other words his foster parents and the social services professionals responsible for his wellbeing as a vulnerable child, K has ‘no recourse to public funds’, i.e., benefits, and has depended on a weekly subsistence payment of £52.96 from social services for several years. For some reason, like the expense of incarceration at Her Majesty’s pleasure, this £52.96 doesn’t count as public funds.

Unsurprisingly, £52.96 per week doesn’t go far, especially in London. “One thing leads to another. I got a string of convictions. I spent 7 months at a young offender’s institution waiting for my court case where I was found not guilty. I have ended up living in a hostel without any qualifications. This annoys me because I am a fast learner, although the main things I have had to learn so far is legal information”.

K really wants to be occupied and feel useful, and the thing he dreads above all else is losing contact with his son. “My main support is my son’s mum who tells me not to give up. My son stays over at my place two nights each week. Even though it’s really cramped I have to keep the bond”.

One of the lucky ones

Lucky for K, his sister is a lawyer. Her foster parents had put her paperwork in order long before Brexit would be implemented to make sure that she wouldn’t end up in the same situation. Thus, she was able to step in and represent her brother, who wouldn’t have been able to afford legal representation otherwise. Amazingly, the two won the case and K is now able to stay in the UK, which he has been calling home for so long already.

K’s ‘corporate parents’ never made an application on his behalf to remain in the UK. This was an oversight. Just a mistake. As a result, K says “I feel like a ghost who can’t join in the real world”. A high price to pay, and years of trauma and distress could be just around the corner for many more “undocumented” care leavers.

Join the global exploration of why care is the way it is and how the systems we have in place today came to be, by understanding the history of Care Experienced people
Find out more!
PrevPreviousCare Experience & Childhood Memories
NextPrivate fostering in the UK – Kemi’s storyNext