You might read the title and think this has some kind of ‘gangster twist’ to it. In fact, it does. In this article I’ll shed light on how to reclaim your gangster when feeling under the weather, dimmed down or missing your ex.

Have you found yourself pondering people from the past or replaying long lost scenarios in your head lately? Welcome to the club! As we’re sat indoors either keeping busy or lounging around, this gives us way too much time to fall back into old thought patterns and shady places. We find ourselves hoping that those who’ve done us wrong in the past are OK, even those who took us to some of the darkest places we’ve ever been to. There’s nothing wrong with genuinely hoping the best for others, even those who hurt us, but there’s a big difference in hoping so and actively expressing it. As much as you might miss a specific person, especially during the pandemic it’s highly important you don’t take yourself to the same place where you felt pain. I strongly believe that nobody can heal whilst being in the same place where their hurt was caused. This includes half-hearted friendships, failed talking stages and toxic ex’s, the entire lot!

Your pain, your grief, your choice

One thing I’d like to address before I dig deeper into the subject, is that holding a grudge against someone and valuing yourself are two separate things that others may fail to recognise or accept. A lot of the time, people will become aggravated when you consciously decide to disconnect from whatever it is you engaged in together. Being human is difficult; whether it’s a friend or a romantic partner, when we go our separate ways from people it’s painful. Grief isn’t just something found at funerals, it comes in various shape and sizes, affecting everyone differently. Walking away from what makes you cry isn’t bitchy. Leaving a situation that doesn’t push to fulfil your purpose isn’t bitchy and neither is picking out thorns that others put in you.

Basically, taking care of yourself after something negative has happened to you isn’t you holding a grudge towards people; even if that care taking of self means cutting specific people off completely for whatever reason.

Seeing your own worth isn’t selfish

I’m sure many of us have been in situations where we’ve literally felt our heart ache, a physical pain. Personally, I can say it’s one of the hardest things I’ve gone through, despite my background and seeing a lot of bad things. On that note, I feel that I’ve endured both ends of the spectrum; I’ve been that person wallowing in depression questioning everything about myself after losing what I’d thought was my ‘better’ half and I’ve also been that person who has propped myself back on my feet, shoved my chin up and realised I can do a lot better alone. Not in an arrogant sense at all but more that I can excel at everything I want if I pluck my mind from the misery and put it into ‘you’re worth it’ mode rather than self-destruction. Sometimes this mode might look selfish or rude, especially to those who you’ve chosen to keep at a distance. This too is fine as we are all entitled to feel different emotions towards different things, but it doesn’t mean that we need to comfort others for feeling what they’re feeling.

How I see it, is that ex’s in particular, have done whatever they’ve done in the past to make them happy at the expense of our emotions. It’s so important to remind ourselves that this is also what led to them becoming the ‘ex’. So now for instance, you find them creeping back into your life and a part of you wants to reach out and catch up. Also fine. But there’s another part of you knocking on your brain asking for a reminder of how and why you’d been treated like rubbish for their benefit in the past. This is where we encounter ‘The Divide’. The Divide consists of wanting to check in and speak to that familiar person, seeing as the times we’re in are so unprecedented, but at the same time knowing that it isn’t worth the distress it may bring. Unravelling stuff from the past can be very tricky and somewhat a danger to your mental health. It can also wake up emotions you worked hard on making dormant for the sake of your inner peace. Whether or not the intentions are pure, this is a territory that can again result in some form of pain, big or small. Remember it’s crucial to be aware of all the above; often we forget things and find ourselves trickling back to old habits and toxicity overall.

Leave ghosts from the past in the past

I know most people are experiencing a wave of loneliness right now so a familiar face can seem appealing; so can talking to someone you’re comfortable with, someone that you’re convinced knows you better than others or someone you’re still healing from. We all want that ease when talking to people and we can sometimes find ourselves making unhealthy comparisons here and there. Just remember that this person might have ‘known’ you very well before, however, as people we continuously evolve, both physically and mentally. So remember, this new worked-on version of yourself is exclusive and isn’t for everyone; even those you’d previously granted access. Preserve both your peace and energy by looking twice before responding to ghosts from the past. You can find a lot more tranquillity in knowing they’ve gone rather than holding the door ajar for them so that they can decide on your value again.

Sometimes the best company is yourself

Another thing is that people are bored. Let’s face it, we’re all bored and missing human connection. We could all do with a firm cuddle and cuppa right now, in someone else’s company of course. We could do with enjoying a candle lit dinner and popping open a bottle. We could do with hair strokes and a handful of reassurance. We could even do with someone running us a hot bubble bath with rose petals for all I know. Or putting on an old record and staring at the ceiling together. That being said, what I do know is that we can do all this by ourselves for ourselves. YES, it’s nice when others come into that equation, but what we tend to forget is that we can do all this on our own and STILL feel whole. It might not be the exact same but at least you know you’re going to sleep without energy vampires playing their part.

And that my friends, is what I call sheer bliss! Being able to make yourself feel good alone and more so appreciating your own worth is a brilliant thing. I know it gets difficult from time to time and as mentioned above, we’re all human and we’ll succumb to certain situations but we’ll also come back to ourselves when necessary. Now that’s in the open, remember it’s yourself you will always come back to at the end of anything, you will always pick yourself up and dust yourself off. Same way you’ll always shower the days anguish off by yourself. No one is here when you’re completely in the dark tending to your bruises, no one will miraculously appear and sterilise your wounds for you. You have to do it. So please keep this in mind whenever you contemplate entertaining others and be mindful of how you engage with them. Because it’s so easy going back to what we know, but the real challenge is straying away from that, recharging our batteries, and being comfortable with and appreciative of ourselves.

Dealing with Loss due to Knife Crime

2020, a year of doubt, catastrophe, and self-development 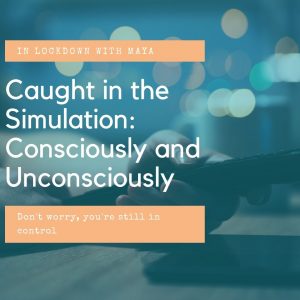 Caught in the Simulation: Consciously and Unconsciously

Active in your activism – a thread 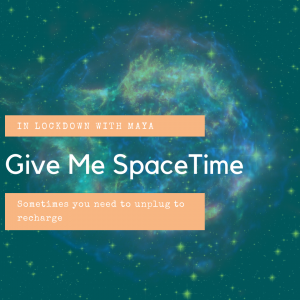 Learning to swim – pandemic plus OCD plus anxiety

Little by little: You can’t control it all, but you can at least make your bed 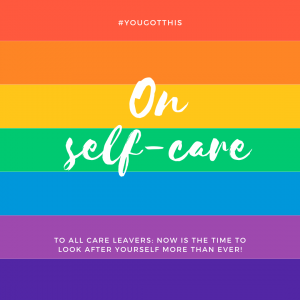 It’s a strange period of time